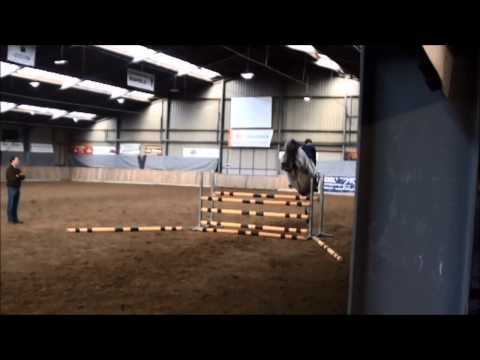 Blue Girl is a daughter of the foundation sire Indoctro out of the successful 1.40m showjumper Sonola. Blue Girl was a very talented showjumper herself and as a broodmare, she has already been successful. Blue Girl gained a score of 79 points in her IBOP Test and scored an 8.5 for rideability and an 8 for reflexes, technique, mentality and talent as a showjumper.

Blue Girl’s offspring share her great mentality and reflexes. Her oldest daughter Flow Girl, ridden by Rowan Willis, won the championship for 6-year-old showjumpers in Hickstead and her son Hero Blue has been approved by the AES and invited for the performance test of the KWPN. Ridden by Naomi Saubain, Hero Blue got only one rail down in the entire Cycle for 4-year-olds in Belgium.